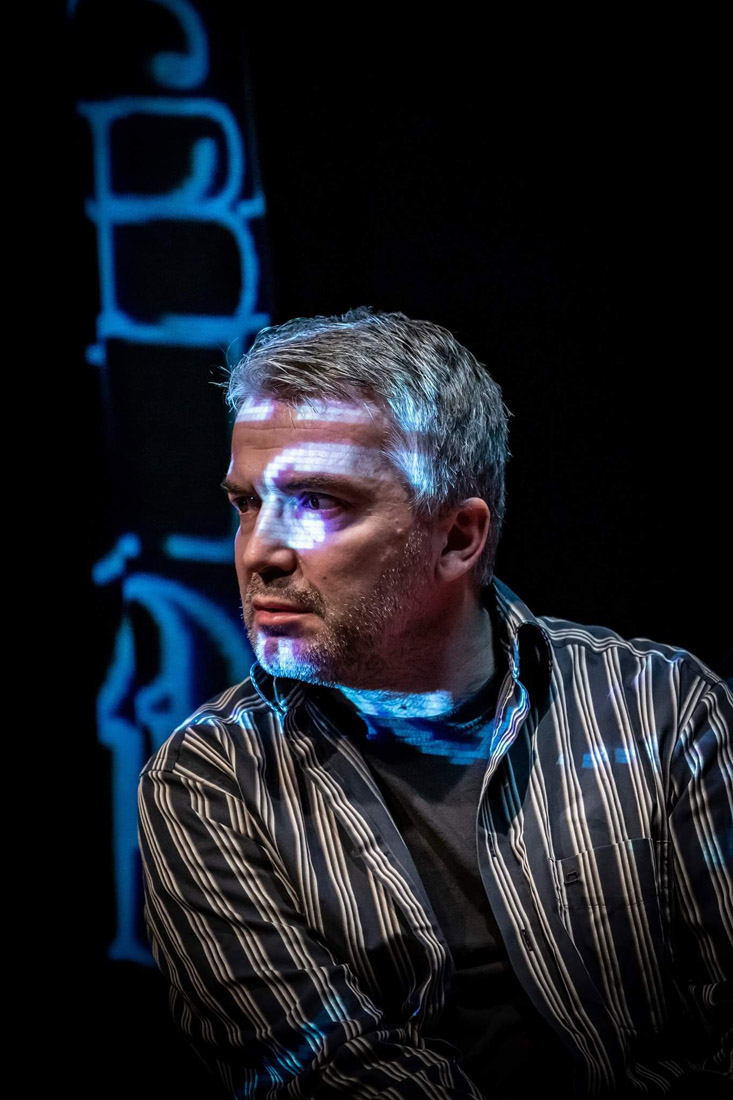 About the Play
Tea with Kublai Khan is an intimate, pocket encyclopedia of my experiences from a months-long fight for life that transpired in 2009, all in the form and style of a monodrama. But, like in every encyclopedia, the entries here are trustworthy to the tiniest detail. They are represented exactly like they really happened, save for the final micronovella that shines a metaphorical reflector light on the depth and breadth of these actual events. The author hopes his experiences articulated in this manner can someday be of use to someone facing similar traumas and be a stimulus for not surrendering to the storm they’ve been caught in.

About the Author
He combines multiple personalities in himself – poet, storyteller, prose writer, screenwriter, playwright, but also composer, musician, literary interpreter, and an affirmer of traditional literature. Some of his most notable works include Lica, Naličja (poems, 1987), Tetoviranje Anđela (poems, 1992), Tri ukradena šešira (novel, 1999), Rubikova kocka (novel, 20219).
Tea with Kublai Khan is his first monodrama. He is also the founder and frontman of the music band Solaris Blues Band, with whom he has recorded 6 albums so far. He is also the founder and co-owner of the publishing house and bookstore SOLARIS in Novi Sad.

About the Performer
He has worked at the Toša Jovanović Theatre in Zrenjanin for two seasons, and he is a regular member of the Drama of the Serbian National Theatre since 1999. With the role of Marko in the Ostavite poruku ili Begunci written and directed by Vida Ognjenović, he marked a 20th anniversary of his work in 2017. Besides 30 and more roles in the Serbian National Theatre, he had played over 20 roles in other theatres, and he also played roles in film and TV. Tea with Kublai Khan is his first monodrama.