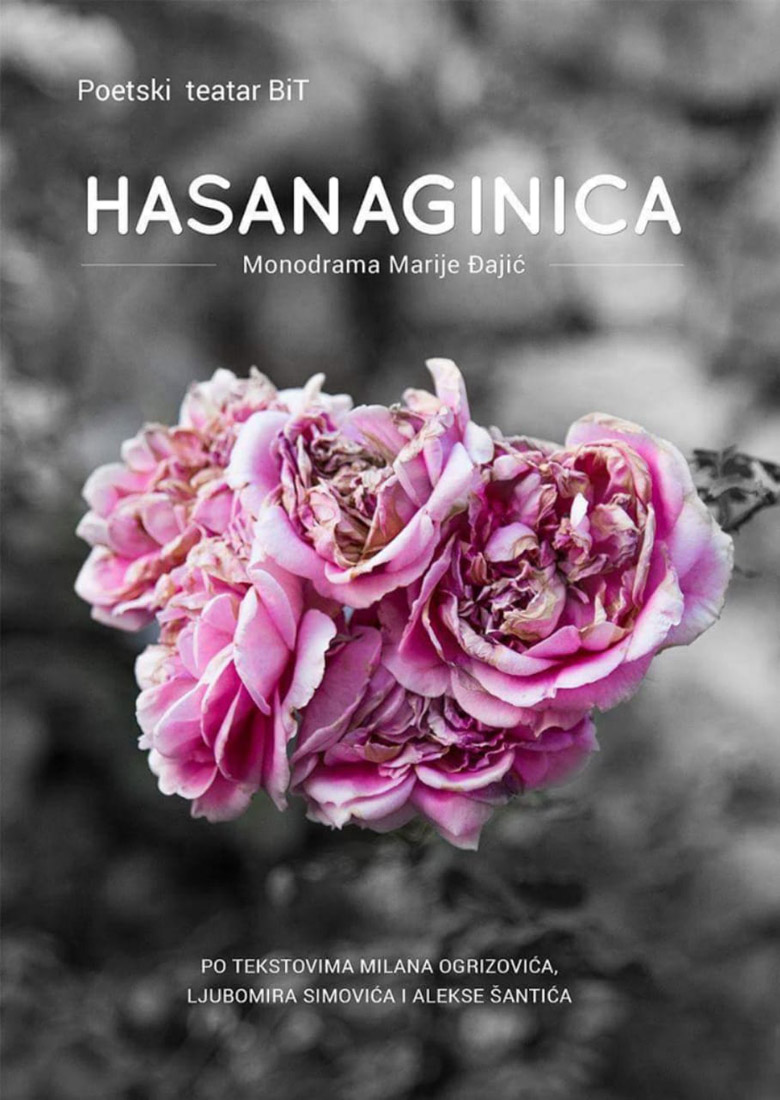 About the Play
The monodrama is based on the adaptation of the epic poem and three eponymous dramas Hasan Aga’s Wife written by Milan Ogrizović, Aleksa Šantić, and Ljubomir Simović. Merging into one whole different visions of who really was the wife of Hasan Aga, we see that Ogrizović speaks mostly about love, Simović concentrates on the loss of her child, while Šantić joins both according to importance. The place where they all match more or less is the epic-lyrical character or Hasan Aga’s wife that symbolically tells what, who, and how the downtrodden woman is through the centuries. Almost every day, we are surrounded by stories of unfortunate fates of contemporary Hasan Aga’s wives via different media. Many mothers are left without their children, without any justification. There are many Hasan Agas and Pintorovićs who give themselves the right to act as judges and gods. We are used to our woman having too many ‘musts’. Let’s think about it – what if she now must do only one thing, and that’s to stop having to must. Therefore, it’s time for her to breathe, start living for herself, not for the children, not for her husband, not for the neighbors, but first for herself and then for others. It’s time for the Hasan Aga’s wives to finally learn to fight, not die!

About the Performer
Marija Đajić, currently in the final year of master’s studies at Boris Shchukin Theatre Institute in Moscow, founded the Poetic Theatre BiT that nurtures and produces works written in verse and is intended to function according to the principle of coproduction between multiple cities and countries.